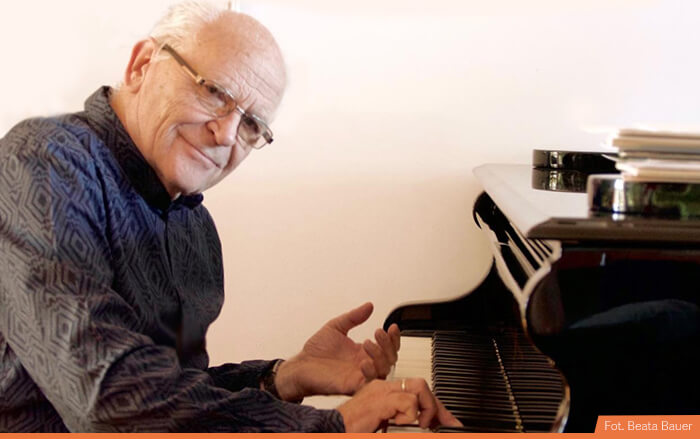 Jerzy Bauer – composer, music theorist, conductor and teacher was born on 12 May 1936 in Łódź.

Between 1959 and 1960 he worked at the Secondary School of Music in Łódź. In 1960 he began working as a teacher at the State School of Music in Warsaw. In 1979 he was made assistant professor, in 1987 – associate professor and in 1992 – full professor. In 1980–1998 he served as the chair of the Department of Composition, Music Theory and Eurhythmics, and in 2000 he became the chair of the Department of Music Theory. At the same time, in 1990–1996, he served as the dean of the Faculty of Composition, Theory, Music Education and Eurhythmics. In 1989–1991 he was Vice-President of the Board of the Polish Composers’ Union.

Jerzy Bauer’s works have been performed at numerous concerts and festivals, including the Warsaw Autumn and Musica Polonica Nova Festival of Contemporary Music in Wrocław.